After the murder of Ahmaud Arbery came into the public consciousness, the leadership of GCC made a collective effort to not stay silent about Justice and its intersection with the church. Jesus cares about Justice, and he cares about the reality of systemic violence toward our black and brown brothers and sisters in our country and world. With the summer of racial reckoning also came a new vine in the branches of GCC.

The Justice Action Team is a collective of GCC volunteers who committed to come together for 6-8 weeks tasked with creating an action plan that would create priorities for justice work and give recommendations of how to best weave Social Justice into the DNA of GCC for the long term. The group spent the early weeks sharing their backgrounds, their "whys" for joining the team, and hearing each others' stories. In all of these conversations, it seemed there were some themes rising up. With brief and impactful help from a racial equity consultant, Ray, Megan, and Trevor determined these areas of concentration that the collective felt were most important were BIPOC Mental and Physical Health, Education on Racism, and Policy (internal and external). 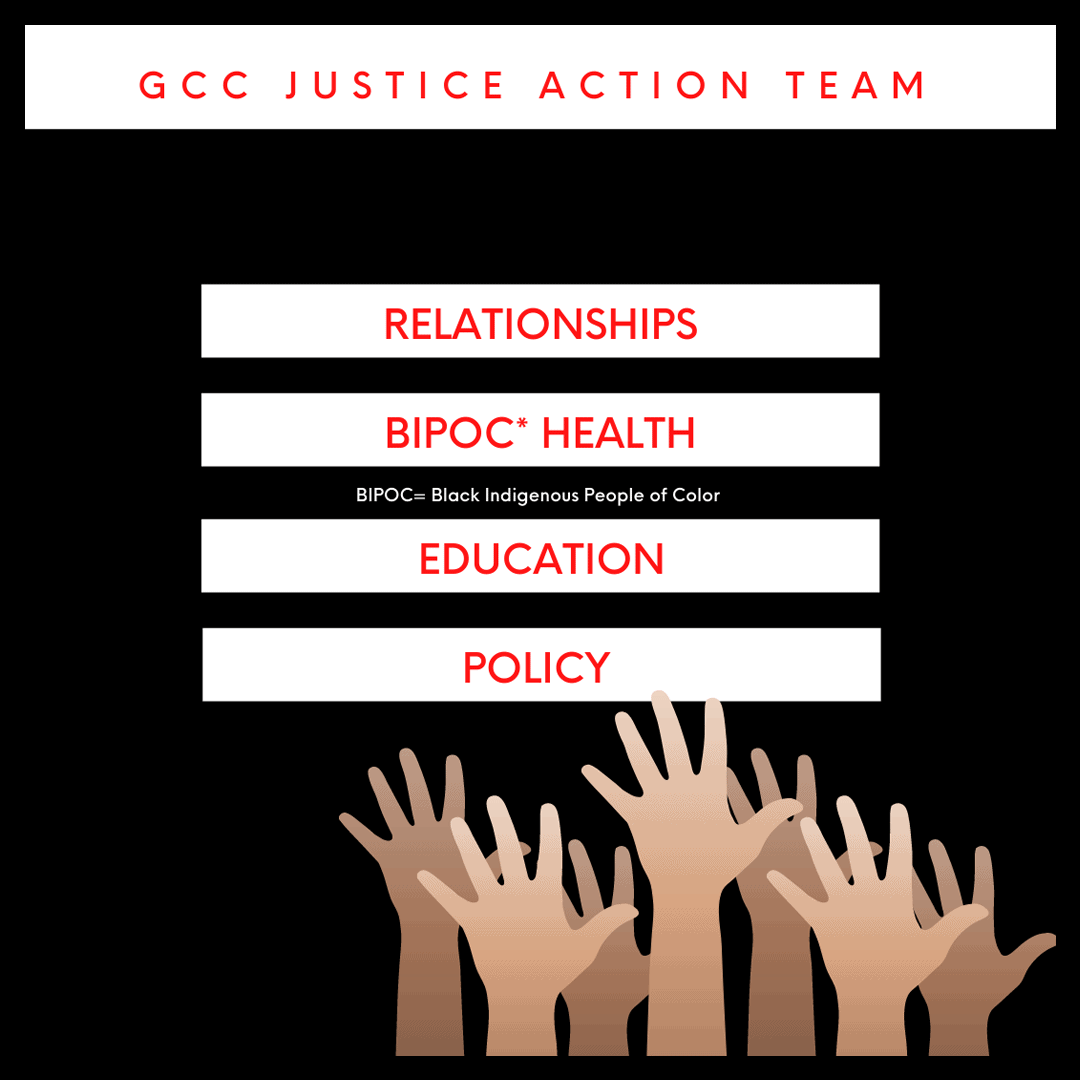 You can read more about each bucket here...

GCC affirms the innate dignity of Black, Indigenous, and all People of Color as divinely created in the holy image of God. We will continuously evolve internal policies to confront the effects of white-centric thinking as it manifests in American laws, social customs, and church practices. Our education surrounding social justice will be designed to both dismantle the harmful effects of internalized racism and learn the truth of lost Black American History. Our ministries will bring specific and special healing to Black, Indigenous, and all People of Color as their testimonies reveal their needs. We will uphold and believe any person who has been oppressed and dehumanized based on their skin color. We will cover the wounds in multiplied love, just as Jesus does. Our church community will commit to linking arms with each other in a way that supports and warmly invites everyone to the table of respect, dignity, and love.

It is time to invite all of YOU to join our efforts! PLEASE JOIN US!